[EDITED for clarity – re: Jeffrey Cutler and confusion of Jeff Cutler™brand]

In the past week, I have been a consumer no fewer than a dozen times amassing $2000+ in purchases and a wealth of experiences. Today, I’m going to share just three of those experiences. Two that totaled $1600 and one that cost me nothing.

My little car was misbehaving. A little squeak in the front end, some exhaust noise, a whine in the belt area, and tires that were skating all over the road. So I reached out to Sullivan Tire via Twitter and there was a hiccup. I wrote about this on my social media blog, but won’t hammer it anymore. Suffice it to say that cell phone and Internet coverage in this country is woefully inadequate for a population interested in remaining connected at all times.

So after reaching out to Sullivan Tire, I set up an appointment in minutes. The store in Nashua was able to fit me in with short notice and was confident they could fix, adjust and repair the shortcomings of my little xA. They succeeded. 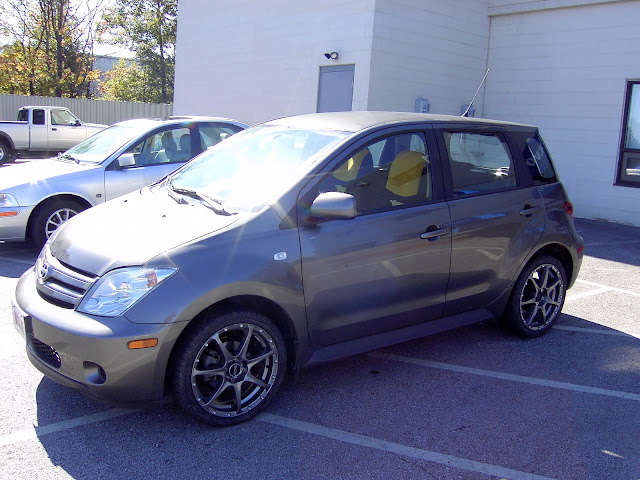 What? You want more detail? OK. $1120 later (after being told it could be as much as $1300), I got a car back that runs like a top, makes no noise, feels safe, and has since transported me in relative comfort about 1000 miles.

I’m pleased and I’m telling my friends and readers. If your auto shop doesn’t treat you respectfully, explain their processes to your satisfaction, and doesn’t fix your car…go somewhere else. And if you have a Sullivan Tire nearby, give them a shot.

Next on the docket, Scooters Go Green.

OK, ok, ok. This post is mostly about vehicles. Two that physically transport me and one that transports my content online and over the Internet. But they’re still viable businesses that interacted with me and provided a service. So, let’s continue.

In the case of Scooters Go Green, I ride a scooter when I’m not in my car. My scooter was damaged by a hit and run driver a year ago and I recently received restitution from the organization that I approached for repairs. As the agreement I signed with them dictates, I can’t say who they are. But common sense would say that anyone who likes to remain safe, stay away from the front of buses in the greater Boston area.

So, damaged scooter was still rideable but wonky. And the shop where I bought the scooter in RI went out of business (not fully, but they’re not as accessible for repairs as they once were). When I got the check from the damagers I went to SGG and provided them a list of repairs and adjustments I wanted done. 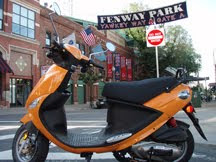 SEAMLESS! They replaced my tires, headlight assembly, oil, filter, gear oil, air filter, spark plug, cleaned the carb, test rode it and handed it to me last night. It rides as if it were new. And the best part is the price.

When I spoke with Steve at SGG, he estimated the time it would take and I know how much some other shops charge for certain labor, so I thought I was looking at $700 or so. Not even close. The final bill was just shy of $500.

You would think – correctly – that most Google properties are locked down tight and reaching a human at these entities is impossible. In most cases you’re correct. But what I was trying to do was secure my brand and my name on YouTube. I have had an account for years, but was not able in 2007 when I opened my YouTube account, to get the jeffcutler username. It seemed that another person had squatted on it. That’s frowned upon, but isn’t exactly against all terms of service for the video sharing site.

What is against the rules is trademark infringement. As you might have seen in January, I began steps to trademark my name because I felt there was a bit of confusion in the social media sphere in Boston. A guy named Jeffrey Cutler [new] had a family tie with a non-profit in Boston and was asked to come in and speak with them. Some people on staff contacted me thinking I was going to be presenting to them and therein began the confusion. [end new] was getting training gigs with clients who may have mistaken him for me. In one instance, he went to train an organization that then called me after he was done. It seemed that they needed some more complete training.

I didn’t want to be confused with a guy working for a PR firm who was blogging about sneakers “all-white kicks” as they’re called. And further, I wanted to continue to build my brand across the properties most visible in the general population. YouTube fit that model.

So, after filling out a bunch of forms I got an email granting me my username. Now I have to move all my videos over (or probably just start populating the correct site with all my subsequent videos) to further my brand awareness.

And there we have a happy trifecta of customer service wins. Not every day that you can say that’s happened. How about you? What have you had happen lately that you want to share. Jet me an email and I’ll give you access to post here on the Test Lab. It’s a site all about reviews and experiences.