Magazine Madness – I’m so behind edition

I’m currently using stacks of magazines to help uncurl a new rug. The stacks include current issues of ESPN The Mag, Wired, Popsci, BestLife, The New Yorker, MacLife and about 17 other magazines.

At this point, I pause to share with you – dear reader – the futility that is my subscription model. Use my learning experience to avoid pain and frustration. Do NOT subscribe to 20 magazines. EVER. No matter how much time you think you have, the reality is that all the magazines show up at the same time and suddenly a wide-open calendar becomes bogged down in glossy-page madness.

Add to that a quest to write 50K words in November (DONE, THANK YOU!) and you have a recipe for a library’s worth of periodicals. Here’s another in what will likely be a never-ending series of magazine time-saving reviews.

To refresh your memory, I read the magazines and share with you pertinent articles. Then you can recycle or use the rest of each mag for fireplace fodder. If you agree or disagree (GASP) with my opinion, please post your thoughts in the comments. 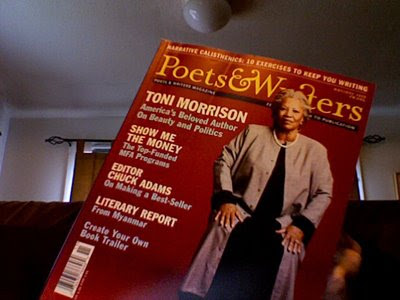 Most of the issues of P&W are pretty helpful. Upon opening this issue I feared that the editors had gone off the rails and only included poetry. I’m not smart enough to understand the nuance of poetry, so I though I had wasted $5.95. Not so.

Even with the heavy poetry slant in the beginning, the magazine pulled out a win with a few good pieces. First is the special section called MFA Prep that starts on page 78. This piece gives the not-so-harsh-reality behind MFA programs across the nation and the specifics on applying for an advanced degree as a writer. It includes easy-to-understand charts and shares financial info broken down so even a writer can understand it. Good piece. Makes me want to run across the country and enroll at Purdue.

Next, page 70, was an interview with Chuck Adams of Algonquin Books. The Adams interview is sixth in a series called Agents & Editors and left me feeling as if I had learned some secrets about the publishing world and gotten to know a pretty smart editor at the same time.

The writer, Jofie Ferrari-Adler does a good job of asking the right questions…and I skeptically wondered which ones weren’t used until I saw the note at the end of the piece saying: “Read an expanded version of this interview” at PW.org/magazine. OUTSTANDING.

Lastly, the market info in every issue is great and that’s worth the entire price of admission. Grants, awards and submission deadlines are given for dozens of programs, publications and organizations. If you’re a writer, pick up this issue or pay for an online subscription. 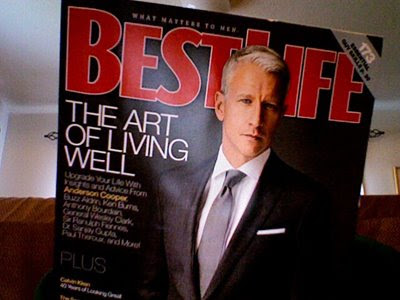 This magazine is an add-on subscription. If you’re unfamiliar with my terminology, it’s an appeaser. How’s that? Still don’t get it? Well you wouldn’t be getting this magazine on its own, but if you had subscribed to a mag that went under, you might get this publication. Essentially, BestLife – from what I can tell – shows up in my box to make me forget that the defunct Cargo Magazine had five year’s worth of subscription money in its coffers before it tanked.

So I get a wannabe Esquire in my box pretty often. I’m not sure what mag went under to get me on BestLife’s list, but it is a Rodale publication so it could be anything from Mountain Bike (now folded into Bicycling) to Details or Cargo or other.

But we’re all about reading not kvetching, so here we go.

This month, BestLife has some good stuff in it. Here’s the quick report.

The Dangerous Skies expose on page 112 tells what challenges Obama will face when he takes the Presidency in terms of keeping our airports secure from terror. The article also shows you how to make a bomb out of coke bottles and a bunch of stuff you could find at a Home Depot or local hardware store.

The writer lays out the info in an easy-to-understand manner (not the bomb stuff, the dangers still in our airports) and conducts meaty interviews with people like inspectors who are on the front lines every day. The piece is scary and informative. If I were to knock anything about the article, it doesn’t reach high enough into government to speak with real accountable people. But I don’t imagine the writer could have gotten an interview anyhow, so I still give it an A.

Mark Adams’ column on allowing your children to fail is poignant and well-written. Adams touches on the tenets of allowing your offspring (of which I have none, but can relate because the way he teaches is the way I was raised) to reach for things and learn the ramifications of their actions. Simpler, if you don’t let your child leap for things, how will he or she ever realize what happens when they miss?

Don’t allow me to get all soapboxy on the issue of parents who pamper their kids to the point of not allowing them to play sports in which people keep score. But do allow me to praise Adams for keeping things realistic and explaining to new dads how it’s supposed to go. Good work. It rang true and was a fun, informative read without being preachy.

As you might hope, the cover story also got my attention. But only part 2 of the multipart piece. The second part of The Best Adventure is titles The Trip That Changed My Life. In it are seven rules of travel, multiple photos, lots of quick stories from famous and not-so-famous people. It makes for a great read and starts on page 130.

The last two magazines on my list are Budget Travel and Inc. Each is a quicker read than the previous tomes and therefore I’m going to list out what was good with each and let you continue your day. 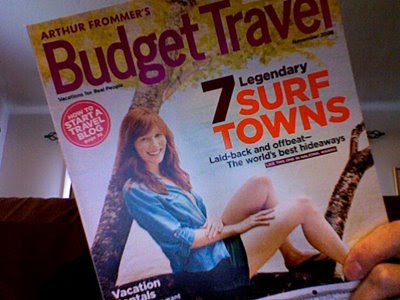 Travel tips are FANTASTIC every issue. They give 20 Tips each month and I rarely read through it without finding half a dozen great ideas. This issue they start on page 16. An example is replacing your luggage wheels with Rollerblade wheels for a more rugged and durable base on your suitcase. Brilliant.

The travel blog section is light, but informative. I harbor a little anger at the mag for labeling this a ‘travel’ piece, but I guess it applies. The eight steps are basic for anyone who blogs about anything. It’s called Expert Advice because it’s written by a travel writer and blogger, but honestly, if you know how to leave a comment here on JeffsNotes, you know how to write a travel blog. That’s on page 36.

Page 45 gave the real gem this issue. It’s a Vacation Rental Handbook. If you’ve ever spent time overseas – in whatever direction – you know that hotels are heinously expensive and renting is the way to go. Budget Travel gets to the nitty gritty and shows you how to figure out all the details before your next trip. Would have saved me some time if they had this out when I rented a place in Paris for two weeks in 2007. C’est la vie. 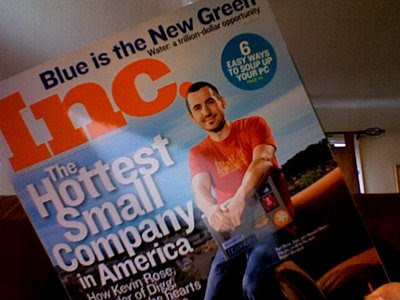 Inc is trying to hard to keep pace with the newest tech companies and they really fell down this month. Not because the writing was bad or because their layout was horrible – both were fine. No, Inc missed the boat because their cover story and subsequent trumpeting of Kevin Rose feels fake now that Rose has closed down Pownce and is in slightly more dire straits than he was three months ago when the writers were compiling their Rose stories.

Yes, Kevin Rose of Digg fame is a true entrepreneur. But he’s fallen a notch in some eyes and none of that comes through in the Inc issue. Blame it on the deadline cycle for magazines. Not to begin a whole commentary on how the news machine should revamp itself to tell features with depth in magazine form and put the rest of their news online…but that might be where we’re headed.

Ironically, that’s exactly what Rose’s model is. Aggregating the news via the opinions and work of 30Million subscribers/users of his online sites. It’s a good piece, but I think you’re better off buying the magazine for the 6 Ways to Soup up your PC and the story on how water might become the next big opportunity.

That’s all for now. I still have about 10 November mags to plow through. If you’d like to submit a review here, just leave a comment and I’ll get in touch.