So I broke my iPhone. I’ll go into how that happened on my social media blog, but here I wanted to give the quick version of what I like and HATE about the Samsung Behold 2 – a phone running on the T-Mobile network and serving as my current smartphone while I wait for an iPhone fix.

The Samsung Behold 2 – purchased used off Craigslist for $150 – is a good phone. If you’re not already spoiled by years on the iPhone OS, it will certainly amaze you. It’s not an Incredible, but it works quite well and has the power of the Android Marketplace and community behind it. Let’s do a quick list of the good, the bad and the verdict. 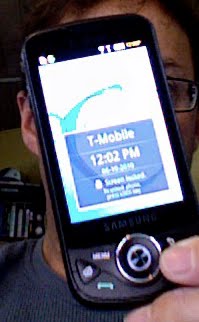 The Good
A nice size for a cellphone. It’s not an EVO and it’s even smaller than the iPhone. Fits in any pocket and any hand.
It’s a multi-processor. That means it lets stuff run in the background so you can quickly access mail, Twitter, maps and other apps. No need to start this stuff up. Once they’re running, they stay running.
The screen is a nice. It’s crisp and clear and color. It’s also pretty responsive.
Call quality and speakerphone. Both of these are good. No trouble hearing people and the speaker is really loud.
Camera – fantastic functionality built in with the standard camera. 5MP with zoom, flash and lots of other functions. It’s what Apple JUST NOW put in the iPhone 4.0.

The Bad
Battery life. This thing sucks power like an air conditioner or a huge projection television. With so many apps running all the time, I had to install an app killer app so I could stop processes from running in the background. Once I did that I got some battery life back.
The standard keyboard is infuriating. The keys are placed just close enough together that I cannot type any word without having to delete and retype a letter. I don’t know if the Behold 2 will learn words, but this is probably the most limiting function for me as I use my phone to type stuff on email, Twitter, Tumblr and sometimes even to blog.
Connectivity. Not the networks – the 3G is AWESOME and fast. No, I’m having a bear of a time trying to transfer information to the phone. Since I had to move to the Behold from the iPhone without warning, the new phone has no contact info in it. In three full days of trying I cannot get the phone to show up as a hard drive and I can’t find a way to import my contacts. I may have to give in and go to a T-Mobile store later today. 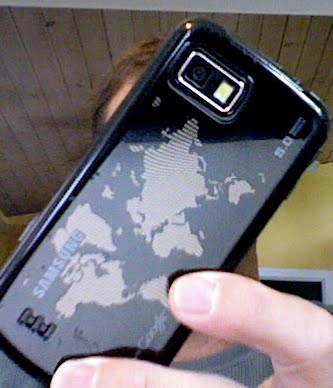 The Verdict
From what I’ve learning in my clicking around, this phone is a good option if you got it new and will be ready for another phone after a year. By that time you’re reach the limit of the OS and will be ready for a newer Droid.
Samsung has said publicly that they won’t be upgrading the OS to 2.0, so the phone is trapped in the dark ages (there is a class-action suit in the works because Samsung told buyers that the phone WOULD get upgrades up to 2.0 and more over time).

I say, if you are new to smartphones, can deal with a touchscreen interface, are smart enough to know how to monkey around with phone settings (it’s not hard) and have small fingers, get this phone. It can be had for $150 new with a contract or probably for similar money online.

Let me know what you have for a phone and what you like or dislike about your model. Thanks!