Verizon contacted me with the request that I review their new phone – the HTC Droid Incredible – and of course I said yes. I had planned to shop the review to some of my other outlets, but MobileMag.com already had an Incredible in house and were doing their own review of the Google phone. So, here’s my take – and a quick video showing how quick the phone is in comparison to my iPhone. 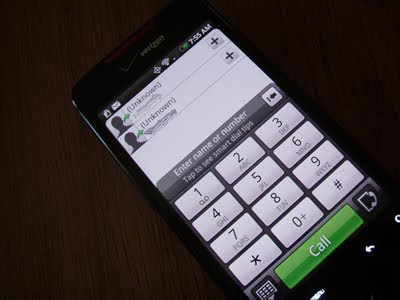 First off, it’s slim. As you can see from its profile as it sits next to the iPhone, it’s tiny. It fits easily in my pocket and the only drawback right now is the limited number of cases for the phone. There will certainly be dozens of case manufacturers jumping on board, but in many instances they don’t want to fill the market with cases for a phone that might not be a great seller. I think this phone will be.

Let’s go through the pluses and minuses.

Size. It’s slim and easy to use.
Operating system. It’s on Google and allows users to download apps from the Android/Google Marketplace.
The OS also makes it fast as does the onboard memory – 1GHz processor and 32MB of available memory.
Network. It’s on Verizon and I found the signal strength and 3G availability during my test to be great. This isn’t a knock on other carriers, just a comment that Verizon’s network near Boston is pretty strong.
Camera. An 8MP camera took fantastic photos and also allowed me to take videos with ease.
Lock screen. The lock screen was as easy to use as the one on other phones…even the iPhone…and used a swiping, pattern recognition instead of a typed in password to unlock the phone. Cool as well.
Google integration. If you’re a gmail user, this phone syncs immediately and easily so that all your information is suddenly in the palm of your hand. This is fascinating and a little scary. Just remember to lock your phone. But it helps you keep your calendar, contacts and mail all within reach at all times.
GPS/Location. I use Foursquare and Gowalla a lot. The innards of the HTC Incredible had no issue finding me and finding me quickly. This made checking in a breeze. It also made apps like Google Sky Map AWESOME. Imagine pointing the phone at the sky and being able to identify star formations from what the phone tells you. Love that app. 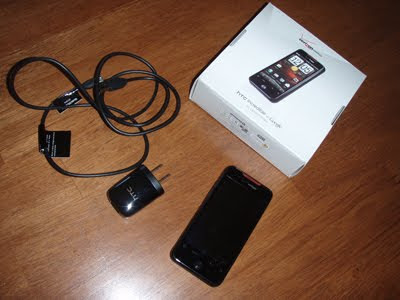 Battery life. It didn’t really last as long as I had hoped it would. But I was using bluetooth, Wifi, all sorts of apps and definitely putting the phone through its paces. If you shut down the haptic feedback, vibration, volume, screen brightness, bluetooth and Wifi, you’re sure to get much better longevity.
Size. Not the phone’s actual size, but the keyboard size. Keys – although they are onscreen and not physical – are small just because the form factor of the phone is tiny. I would have liked a key profile that was a hair bigger, but then where would you add the space?
Keyboard function. I’m used to the iPhone and how you use different key sets to get to special characters. With the Incredible, that isn’t the case. To get a hash sign, an exclamation mark or a number (and many other symbols and digits) you must hold a key down. This is most frustrating when you’re typing in passwords that have different characters in them. After a while I imaging typing would become natural, but it also irked some of the folks I let try the phone during my evaluation.

In all, I like it. Were I not such an Apple fanboy, I might switch today. I have a Verizon account and could well justify moving to a phone that consolidates all my Google data in an instant.

The camera is cool, works fast and has a flash. All great points. 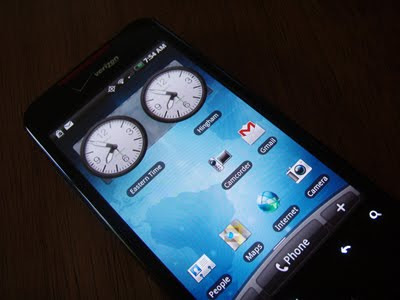 Contrary to what iPhone folks say, the Google Marketplace has a TON of apps and games and useful stuff in it. I was expecting to go there and find two minesweeper games and a maps app. There are radio streaming apps, the aforementioned star chart thing, Twitter, Foursquare, Facebook and other social networking apps and much more. You won’t be wanting for stuff to load on this phone.

So take a look at the video I took, think about the $200 price tag, and make your own decision. I would say this phone wins in my book. At least until iPhone ups its processor and adds more carriers.

More photos and info are easy to find at Verizon as well.

What are you calling on these days? What do you want to be calling on? Have you used the phone? What did you think? Leave your comments here.